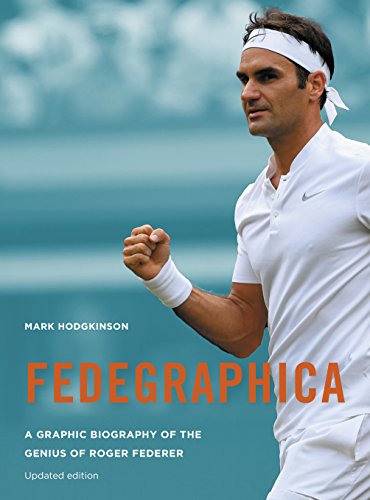 Reseña del editor UPDATED EDITION  Roger Federer’s incredible 2017 comeback – which saw him winning Grand Slams in his mid-thirties and reaching new heights most had thought impossible – has confirmed his place in the history books as the greatest male tennis player of all time. In this innovative graphic biography, Federer’s tennis is explored like never before: stunning graphics illustrate his serving patterns and superb footwork, detail the spin and speed of his shots, as well as showcase his astonishing records – no man has won more majors, or spent more weeks as the world number one. Drawing on Mark Hodgkinson’s conversations with the Swiss and exclusive interviews with those closest to him, this is the ultimate celebration of the genius of Roger Federer.   Biografía del autor Mark Hodgkinson is a tennis author and journalist based in London. His previous books include Game, Set and Match: Secret Weapons of the World’s Top Tennis Players, Andy Murray: Wimbledon Champion and Ivan Lendl: The Man Who Made Murray. He has written for ESPN, British GQ, the ATP World Tour, and the Daily Telegraph.